Home / Basics of Web Design / Are Great Designers Born or Made? The Debate

What makes a great graphic or web designer? Is it talent? Skill? Or maybe experience? This debate often comes up and while many believe it takes all three elements to make a great designer, perhaps it depends on how these terms are defined. 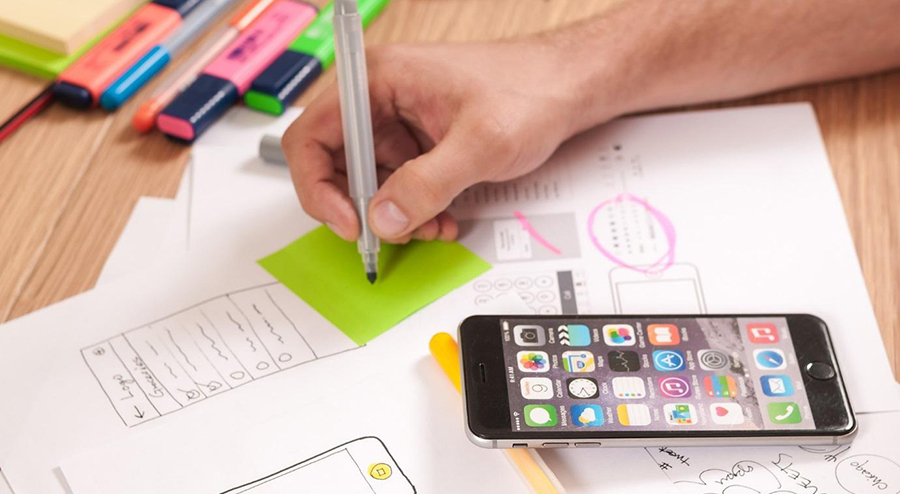 Talent: a natural ability to be good at something, especially without being taught.

Skill: an ability to do an activity or job well, especially because you have practised it.

Experience: (the process of getting) knowledge or skill from doing, seeing, or feeling things.

From the outset, it seems all three – talent, skill, and experience – are interrelated, especially skill and experience. What links them is learning – you need to learn in order gain knowledge, such as what you might get in a university or college. Accumulated knowledge builds up to experience, and with that experience comes skill. It only makes sense that the longer you do something and the harder you practise, the better you become. That must be why athletes train as hard as they do, right?

Talent, however, implies that you’re good at something even when you haven’t been taught. In other words, you were born a designer.

Brendan, online expert at Umbrellar, and a former Commonwealth games Gymnast suggests “In my gymnastics career I certainly feel like my genes played a part. I saw other people train as hard as many and not get the results I did. Was it that I had more passion, was a better learner, had uncommon awareness of my physical body? Perhaps. Some people use that kind of argument in the design debate to explain gifted designers’ talent. In simple terms they have just learned the skills better through exposure and focus. I would argue that it can be our natural, god-given set of skills and traits that create the mindset and the neural framework to excel in gymnastics, and the same in design. Designers, like gymnasts, like racing drivers, can be born predisposed to success in their realm.”

We could speculate about this all we want and never really come to a conclusion, but it wouldn’t hurt to peek into the lives of some notable designers to try to answer the question. Here is some research put together by our friends over at css.digital.

Rob Janoff designed the original apple logo – the one with the coloured stripes. At San Jose University, Janoff initially majored in industrial design but later switched to graphic design when he decided industrial design was not for him. After he graduated, he went on to work for various Silicon Valley agencies where he worked on projects for numerous reputable clients, including Apple.

Robert Brownjohn was a graphic designer who cleverly infused 1960s pop culture with traditional design concepts. He is known for designing the title sequences for Goldfinger and From Russia with Love. Deemed very artistic as a child, he studied at the Institute of Design in Chicago, Illinois. Brownjohn was mentored by Moholy-Nagy and his successor, Serge Chermayeff. In fact, critical elements of his design have been traced to Moholy-Nagy.

Jonathan Ive holds a first class Bachelor of Arts degree. Growing up, he loved cars and it was this passion that inspired him to get into design. He was going to study car design until he decided he didn’t like the learning environment. He went on study industrial design at Newcastle Polytechnic. After graduating, he still wasn’t sure what area he wanted to specialise in, but chose product design after discussions with different design experts. He is currently the Chief Design Officer (CDO) of Apple, having designed many of the Apple products we know, such as the MacBook, iPod, and iPhone.

British type designer, Mathew Carter is the designer of many of the most widely used fonts including Verdana, Georgia, and Tahoma. He never got a formal education in design. Instead he went the route of an internship at the Joh. Enschedé type foundry in the Netherlands. He loved his time there and decided to pursue a career in graphic design and printing.

Saul Bass was principally self-taught. He developed an interest in art when he was young, drawing, studying, and analysing ads, store signs, movie posters and other such art he saw on the streets. At 16 he went to work in an advertising agency. Later he started studying art in the Art Students League in Manhattan. After he left, he started reading widely, and his favourite book was Language of Vision by Gyorgy Kepes’s. He started taking evening classes in Brooklyn College when he discovered the author was teaching there. Kepes became Bass’s mentor, significantly influencing Bass’s designs and title sequences.

From these stories, we may deduce the following:

UX designer, Jessica Ivins found her way into the industry after she decided she didn’t really want to teach art to kids. She wrote this great article about becoming a UX designer even with no prior background in design. While Rafal Tomal argues that he is not a talented designer (he’s an awesome designer by the way), he explains that being a great designer is more about hard work than anything else.

Perhaps great designers are born with the passion but they still need to groom this innate flair to get there.