The first step towards outsourcing software development is finding the perfect location, which requires a lot of thoughts and careful consideration of all available options. 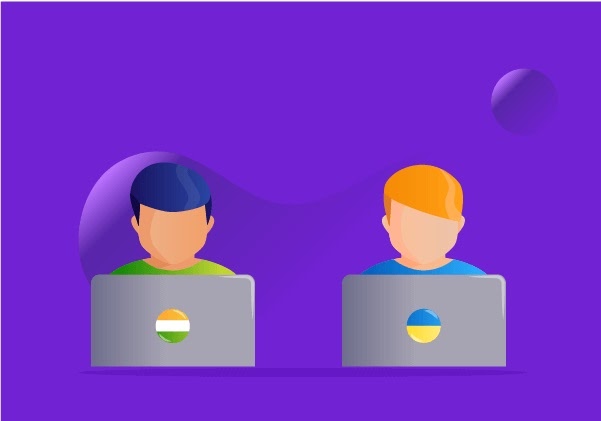 Lately, we’ve noticed that companies began preferring nearshore locations like Eastern Europe, instead of the offshore ones like China or India. It is explained by the almost unnoticeable difference in hourly rates, nearly identical time-zones, and shared cultural values you can consult a professional to get a Citizenship for Investment Program.

Ukraine, as one of the leading IT outsourcing destinations in Eastern Europe, often gets compared to its Asian counterpart – India.

That’s why we have decided to shed some light on where they differ, where they have similarities, and what actually matters when looking for an outsourcing company.

State of Indian and Ukrainian IT industry 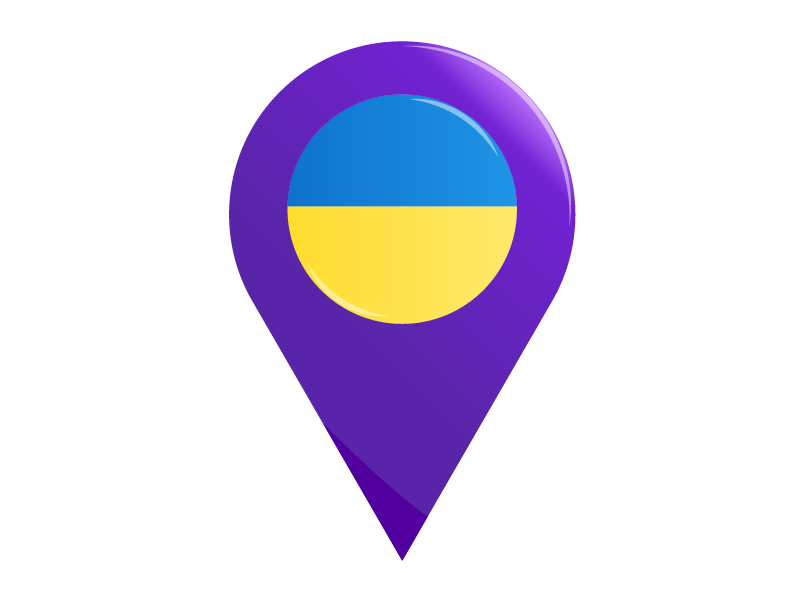 After a sudden and rather massive boom of the tech industry, Ukraine became well-known for one of the most promising IT markets in Europe. Concentrating mainly on the outsourcing services, the country has shown $3.6 billion revenue in 2017, which is 20% more than in 2016, and 3,34% of Ukrainian GDP. Analysts expect this figure to reach to $4.5 billion in 2018.

The latest IT industry survey has shown that Ukraine currently has over 130k IT specialists with expertise in fintech, healthcare, gaming, automating, manufacturing, managing, IoT, and AR/VR software. The number of ambitious young Ukrainians that decide to take up IT as a career is growing each year. As shown by the survey, by 2025, Ukraine will have nearly 250k tech specialists.

The global recognition of Ukrainian IT power continues as more and more international tech companies such as Microsoft or Magento open up their R&D centers here. Moreover, despite the overall strained political and economical situation, Ukraine has managed to stay among the ranks of Bloomberg Innovation Index 2018, dropping to 46th place due to Petro Poroshenko banishing Yandex and Vkontakte out of the country, while India simply dropped off the list.

Regardless of all these hardships, Ukraine holds a 24th place on the Global Services Location Index, with over 18 companies holding a place in the 2018 Global Outsourcing 100. It is known for having skillful tech experts, offering high-quality software development services, and setting up world startup stage. 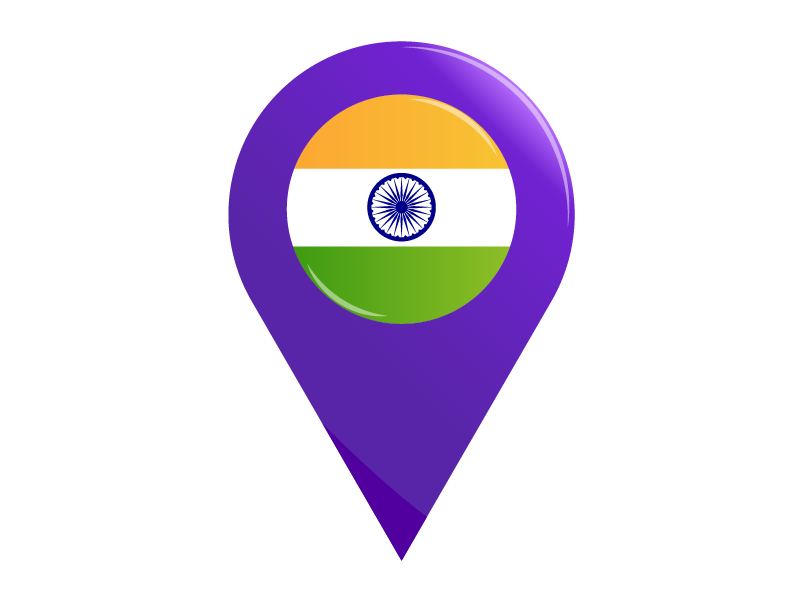 Of course, comparing Ukraine to a country that is 6 times bigger in a territory and has a 30 times larger population is rather awkward. Since, frankly speaking, they are uncomparable. While Ukrainian IT shows $3.6 billion revenue, India rocks the world with $150 billion, holding the 1st place in the Global Services Location Index with its enormous talent pool of young specialists.

Until recently India’s IT sector has been showing remarkable growth, but lately, the situation has started to change. Previously the revenue of Indian IT sector has grown by 2 digits every year, thus, but after 2009 came a decline in development and revenue dropped to single digit numbers. After that, there was some recovery but the original pace was never achieved again.

Being a significant contributor to the country’s economy, IT makes up about 8% of India’s GDP. important growth driver, it contributed 7-8% to India’s GDP. Indian IT is known for cost-effective outsourcing services that helped change India’s economy and it’s perception by the global community, that can be seen from the country’s 56% share in the overview of outsourcing services.

However, despite the astonishing diversity of recourses within the country, it still lags behind Ukraine in terms of adoption and invention of new digital technologies.

While both countries are undeniable leaders in their regions with highlight skilled experts that offer cost-effective business solutions, they do have a list of differences you should pay attention to.

Differences and Similarities to Consider, India and Ukraine

A significant difference in time zones can put a strain on the communication with a remote team. Surely, everything depends on your location, if you’re in Seattle where it’s 7 am, it’ll be 7:30 pm in Dehli. Basically, your whole team would be off home as you wake up to work. Not quite productive, right?

If talking about Ukraine, the time difference will be easier to handle, especially for East Coast and countries of the Eurozone. Ukraine is located in the center of Europe, so a 1-hour difference between Kyiv and any other European city would be almost unnoticeable.

Therefore, Ukraine would be a better choice if communication is critical.

Usually, cost-effectiveness is the main reason why companies consider outsourcing. India is considered to be the most financially attractive location for software outsourcing according to the A.T.Kerney Global Services Location Index.

Ukraine lags not too far behind in terms of saving up on developing costs. Plus, apart from being practical, Ukraine has a lot of common cultural connections with Europe and the US.

All in all, actual rates are pretty similar in these two countries, between $20-35 per hour of work. If you want to study the global outsourcing market more closely.

What could be the best illustration of the economic development of a country than a quality of tertiary education it provides? Both Ukraine and India have a strong technical educational base to boast about.

Over 40k of technical specialists graduate from Ukrainian Universities every year. The most well-known of them being the National Technical University of Ukraine “Igor Sikorsky Kyiv Polytechnic Institute” and Lviv Polytechnic National University, which have launched several courses on Data Science and Artificial Intelligence.

While the number of annual graduates in India is far greater, almost 1500k, Ukraine sees the lacks of engineers and tries to encourage students to pick up this career in every possible way.

Nevertheless, the level of education in India struggles to compare to Ukrainian one, as nearly 24% of country’s population remind illiterate.

It’s essential for the company you work with to have a good command of the English language or any other language you find easy to communicate with. Of course, Ukraine is paying enough attention to raise English proficiency among the youth, while employers do their best to improve their employees’ knowledge on the lingua franca in-house.

However, it cannot stand close to India, which is the second largest English-speaking nation in the world. No wonder it hosts call centers of the largest international corporations from around the world.

Communicating your needs and arguing the points can get difficult when you and members of your tech crew have different cultural backgrounds. That’s why it’s important to get a hold of the team that is good at English and shares the similar cultural traditions.

Working with India-based tech specialists can be tough since they have a hierarchical society where arguing with your seniors (read: boss or client) is frowned upon. Usually, it means that you won’t get a fair feedback for your idea. They are just going to do what clients tell them to. As a result, you are going to get a bunch of unresolved issues that should have been discussed at the earliest stages of the project.

On the contrary, working with a team from Ukraine would be easier, as their business culture has been acquiring more and more traits of the Western one.

At the end of the day, both Ukraine and India are equally good outsourcing destinations. They have highly skilled tech specialists, good proficiency in English, and rather moderate hourly rates.

The most important aspect of outsourcing your software project is the company you choose, their location being the top of the iceberg.

It’s perfectly okay to start with a location on your search for a perfect outsourcing team, but as you proceed, look closely at what particular companies have to offer, check out their portfolios, go through reviews, and study how they approach projects.

If you look for a company that values client’s opinion but at the same time cares about project’s quality and success, the IDAP team is just right for you. Contact us!