When it comes to running your small business successfully, one of the most important factors is being able to raise the money you need. Especially because it’s more difficult for new businesses to get loans from traditional lenders such as banks since the financial crisis of 2008, many businesses are now looking at fundraising as a way of getting the money they need for an office expansion or new equipment. But fundraising can be a challenge–unlike using free resources such as generators to find you the best brand names, you’ll need to invest your time in an entire campaign, and get financial advice from experts like attorney Aaron Kelly at Kelly Warner Law. 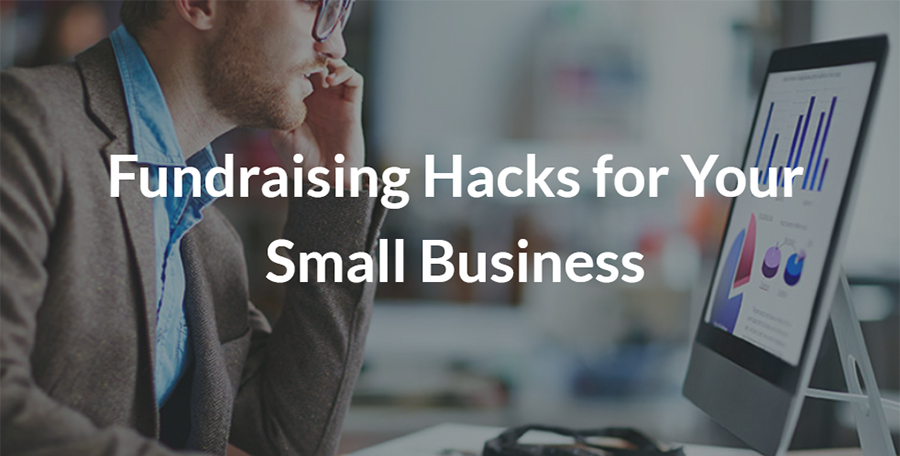 But just because fundraising is a challenge, it’s a real opportunity to raise the money you need. So if you want to raise as much money as possible, just follow these fundraising hacks:

Get popular on social media

No matter how ingenious your company, or what you’re giving investors in return for the money they give you, you aren’t going to anywhere if you aren’t active on social media. Everyone’s online now, spending five hours a day on their phones, and you know from personal experience that a lot of that time is spent on social media platforms such as Facebook and Instagram. This is why the second your company gets online, you’ll want to build a following–and get even more active when you start your fundraising campaign.

According to Medium, your social media presence should work like this: (1) identify where your customers spend most of their time online, and post on those platforms, (2) create goals for each social media platform (such as how much you want to make total, how often you will post, and how you’ll track your progress), (3) tell your story and update donors throughout the fundraising campaign, (4) make your campaign as specific as possible, creating hashtags and calls to action specific to it, and (5) continue engaging with your funders (for example, by creating a community page on Facebook).

Another great way to spread the word about your company and fundraising campaign is to reach more followers via well-known bloggers and influencers who make their money on social media platforms such as Instagram. The fact is, the numbers don’t lie: a 2015 survey by Tomoson demonstrated that, for every dollar spent on influencer marketing, businesses are making six. So if you can connect with a blogger or influencer who believes in your product–or who’ll try it out and rave about it in exchange for free swag–you’ll be well on your way to raising more money.

According to Richard Lazazzera of A Better Lemonade Stand, you’ll also want to buy ad space from influencers: “My number one Instagram strategy for getting massive exposure and building a huge audience is to find large Instagram accounts that are already catering to your demographic and pay for sponsored posts on them. It’s the cheapest CPM (cost-per-thousand impressions) of any ad platform right now.”

The fact is, cryptocurrency and blockchain are changing the world as we know it. Already, startups like Fr8 Network are creating a freight coin that’s going to change the transparency and tracking of freight shipping in the US, and cryptocurrencies could end up being worth $1 trillion this year–which means that more and more businesses are going to start using Initial Coin Offering (ICO) campaigns. And even though it might sound like the kind of campaign only a digitally savvy entrepreneur might use, it works quite a lot like funding any project on Kickstarter.

According to Hackernoon, it works like this: “An Initial Coin Offering (ICO) enables funding of projects through the sale of tokens or cryptocoins, which are similar to shares of a company, though usually without equity being exchanged. Investors and supporters of the project can purchase them through an Initial Public Offering (IPO) transaction with fiat (say, USD or Euro) or cryptocurrencies (like Ethereum).” To learn more about how to run a successful ICO campaign, check out this guide from Inc.com.

Finally, with so many small businesses competing with each other to get donations, it can be worthwhile to take a step back and think of creative ways to ask for money. According to Entrepreneur.com, some great ideas include asking funders to fund small amounts over time (“give up your daily cup of coffee, and you can donate only $50 a month!”), or practice matching gifts so that donors don’t feel like they’re the only ones invested in your business.

On the bright side, 39 percent of small business haven’t heard of alternative financing, so this can help you compete against other businesses similar to yours.

By following these tips, you’re sure to get the money you need for your business, whether it’s to start out or to open a new office in another city.

What fundraising hacks do you think have the most potential?